This search form uses an instant search feature. As you type, search results will appear automatically below the search field. When you've entered you desired search terms use tab to navigate through the available results and hit enter to open the selected page or document.
Students Weather Design Process and Have Light Bulb Moments
Eastwood
Thursday, November 02, 2017

The Marshall Public Schools’ Makerspace bus made its debut at Eastwood.  The activity on the bus involved working with LittleBits, electronic building blocks, to build an electric circuit to power a light bulb.  Classes that did not have the opportunity to experience the Makerspace bus will get their turn in December.  After visiting the Makerspace bus, different STEM activities continued in the classrooms, including making a 3-D paper city and skeleton x-ray. 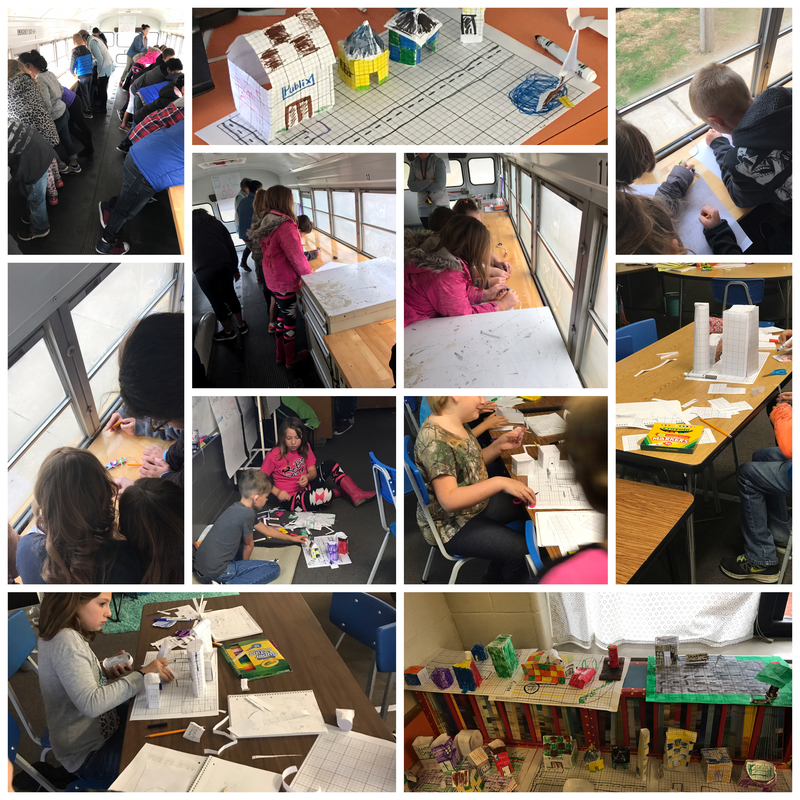 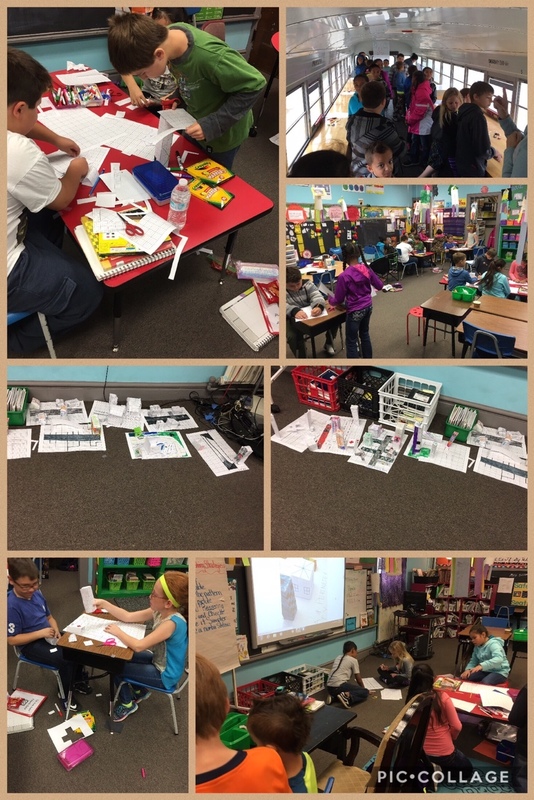 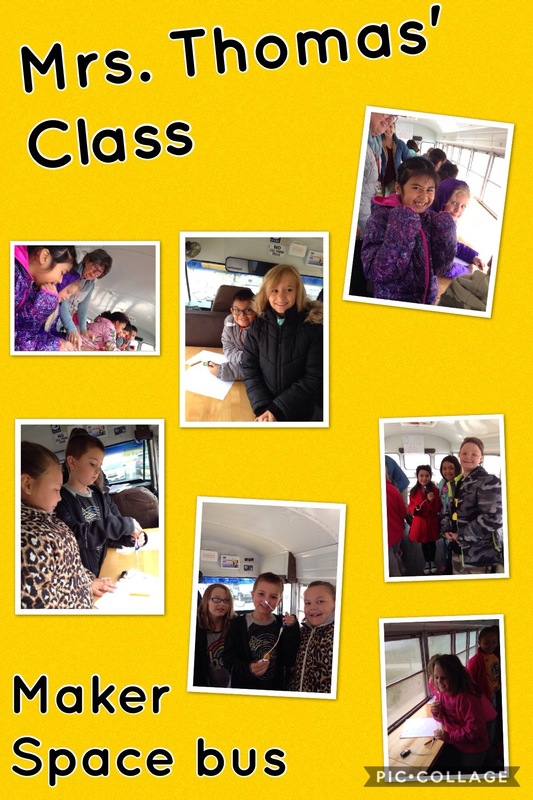 The alternative activity involved designing a storm shelter out of homemade clay to protect a Teddy Graham from weathering.  Students budgeted their STEM bucks to buy the ingredients needed to make the clay (salt, flour, oil, water).  They recorded their recipe, and then constructed a structure that would protect Teddy Graham.  The catch was that there had to be an opening that Teddy Graham could fit through.  After the shelters dry, they will be tested to see if they can withstand wind (fan) and rain (water from a colander) weathering. 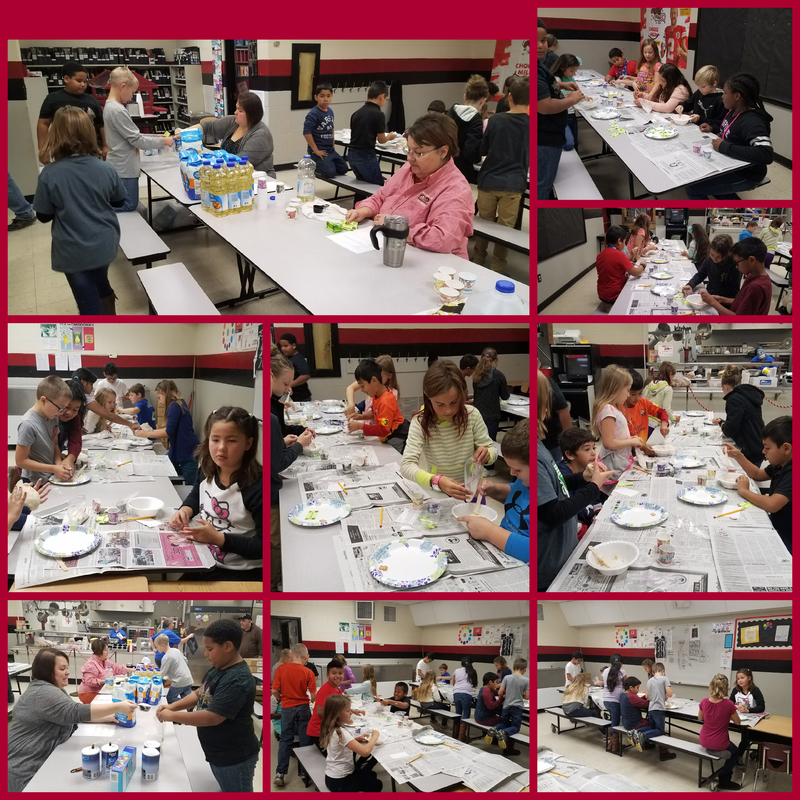 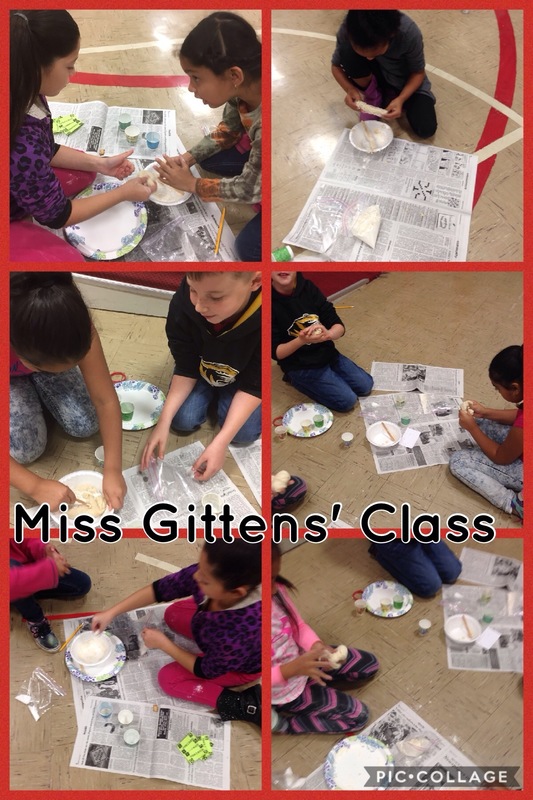 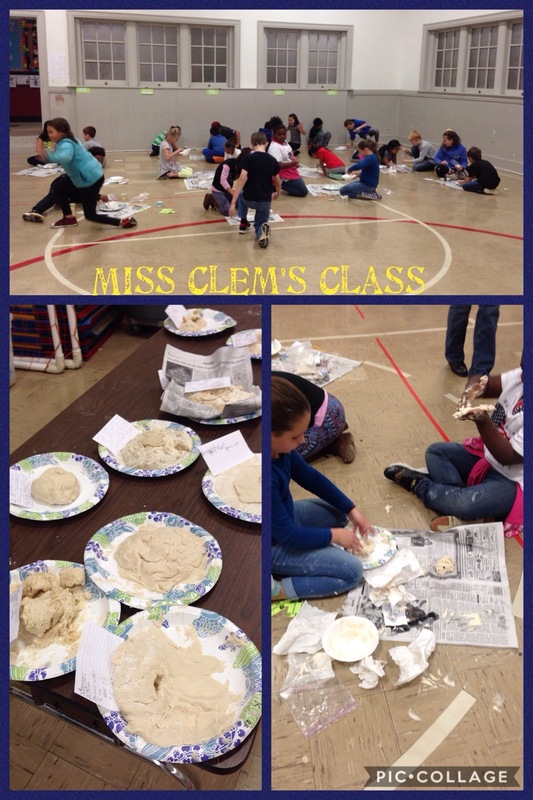