‘Once Upon a Mattress’ to be performed this week

The students are very much involved in the school play from designing costumes, interior design, building stage props and overall production.

“I like when they have ownership, this is their show and at the end of the day they need to own it,” said Amber Tottingham.

Tottingham has been the theater arts teacher at MHS for 10 years and puts on two shows every year. She teaches her students expectations and everything they have to know for the first few months of the school year then allows them to basically run the class.

Senior Delaney Snyder, the executive production manager, has been involved in six plays, including “Hotel Pickle” and “Alice” while being a student.

Junior Hunter Vestal is the construction manager, and during the play his job is to work with the lights, sound and sound effects and communicate what does and does not need to be on stage. His overall job is to be the eyes of play.

His favorite part about being involved in the play is “getting to help people, getting to show people a play experience,” he said.

Students have been preparing for the play since the beginning of September when they had auditions. They practice from 6 to 8 p.m. Monday through Thursday but recently have been staying an extra hour to prepare.

A total of 36 students are involved in the play, including 24 cast members and 12 crew members.

Michael O’Neill, the choir director, is also a part of the fall play. He comes up with the musicals he believes the students are capable of performing. 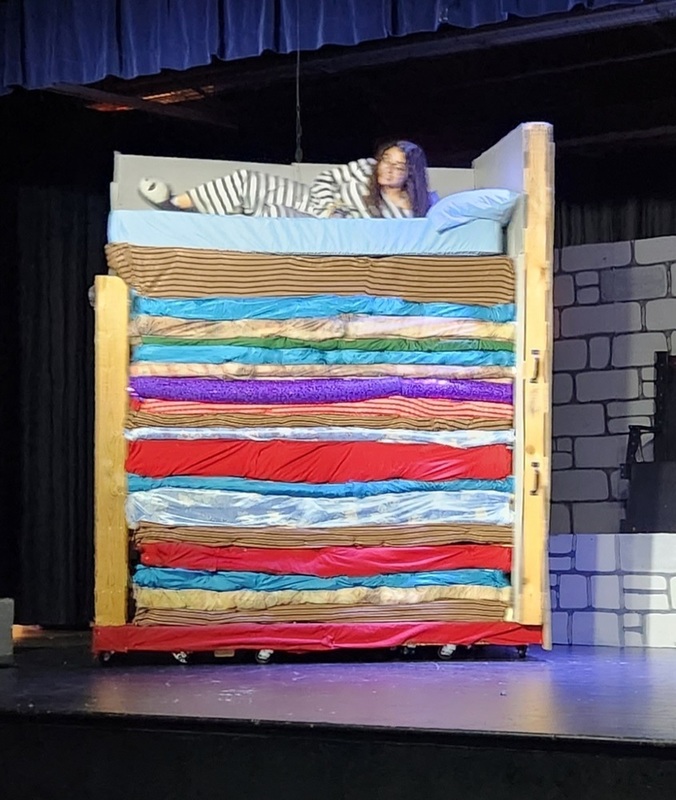 Senior Kaliyah Maupin tests out the bed in the play "Once Upon a Mattress, which will be on the Little Theater stage at MHS Wednesday through Friday.